A fundraiser with FLAIR (NY style) to benefit Anchorage Opera

There are currently no tickets available for this event, but you can still make a donation.

Enjoy this critically acclaimed one-man show, currently touring the USA, which combines tales from his time in the Tony Award-winning revival of South Pacific at Lincoln Center, until his portrayal of “Lurch” in the original cast of The Addams Family (alongside Nathan Lane & Bebe Neuwirth), with performances of the greatest hits from Oklahoma, Sweeney Todd, Les Miserables, Pajama Game, On The Town, Phantom of the Opera, Carousel, The Fantasticks, Camelot, and Most Happy Fella.

The stunning private Stuckagain Heights home of Dr. Erik & Lisa Maurer is the perfect setting for this All-inclusive evening of New York City themed Specialty Cocktails, Wine, Beer & non-alcoholic beverages, and a menu of ‘Elegant Eats’ by Casual Encounters Catering. A Reception with the Artists is your chance to get ‘up close & personal’ with this STAR of the ‘Great White Way’, and opera stages around the world (including the Metropolitan Opera), and maybe even get his autograph!

Our own Janet Carr Campbell is the accompanist for this enchanted evening to benefit Anchorage Opera!

As a Broadway actor, Zach created the role of Lurch in the Original Broadway Cast of The Addams Family, Thomas Hassinger in the Tony Award winning Original Broadway Revival Cast of South Pacific at Lincoln Center, and sang Handel’s Messiah in the 2007 National Theatre of London Broadway transfer, Coram Boy. In addition to originating in three Broadway shows, Zach played Off-Broadway as Pasquale in The Most Happy Fella and Jo-Jo in Irma la Douce both with Encores! at New York City Center. He has performed with theatre companies throughout the United States in roles including Sweeney Todd in Sweeney Todd, Miles Gloriosus in A Funny Thing Happened on the Way to the Forum, Billy in Carousel, Rapunzel’s Prince in Into The Woods, Abner in Li’l Abner, Squash in Victor, Victoria and Petr in The Toymaker at theatres including The Bucks County Playhouse, The York Theatre, Theatre By The Sea, Pocono Playhouse, The Kitchen Theatre, Westport Country Playhouse, and The Eugene O’Neill Theater Center. Zach has appeared on TV as Carl on NBC’s 30 Rock opposite Steve Martin and Tina Fey, Murphy Brown on CBS, on the 2010 Tony Awards live from Radio City Music Hall, PBS Great Performances, Live from Lincoln Center, the Late Show with David Letterman, The Macy’s Thanksgiving Day Parade and on film as Ballion in The Gift. A Florida native, Zach is a graduate of the Musical Theatre program at Ithaca College in Ithaca, New York, where he was recently awarded the Outstanding Alumni Award. Additional studies include Florida State University, University of Tennessee Knoxville and the Goethe Institut in Berlin. 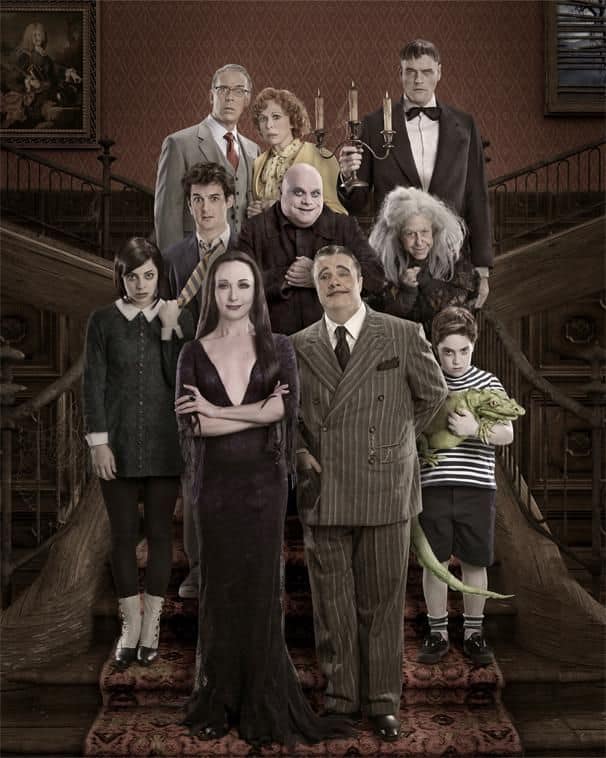 “the most electrifying five minutes I have ever spent in the theater.”
-OPERA WIRE

As an OPERA star, Zachary James, bass, described as a “true stage animal” by Opera News is an international opera singer known for his “huge, robust bass” which “resonates with force” (Bach Track), “tremendous power and presence” (The Arts Desk, London) and “intrinsically beautiful”, “cavernous bass” with “oomph and range” (Opera News). He created the role of Abraham Lincoln in the world premiere of Philip Glass’s opera The Perfect American at the Teatro Real in Madrid, a role he reprised for London’s English National Opera and Australia’s Opera Queensland and the Brisbane Festival. A winner of the Lotte Lenya Competition, Zach has been engaged by London’s English National Opera (The Scribe in the Olivier Award Winning production of Akhnaten, Abraham Lincoln in The Perfect American), Spain’s Teatro Real and Australia’s Opera Queensland (Abraham Lincoln in The Perfect American), LA Opera (The Scribe in Akhnaten), Opera Philadelphia (Terry in the world premiere of Missy Mazzoli and Royce Vavrek’s Breaking the Waves), Des Moines Metro Opera (John Claggart in the Emmy Award winning broadcast production of Billy Budd, Vodnik in Rusalka), Arizona Opera (Fafner in Das Rheingold), Fort Worth Opera (The Ghost in Mark Adamo’s Avow), Opera Roanaoke (Olin Blitch in Susannah, Osmin in Die Entführung aus dem Serail, Alidoro in La cenerentola, Judge Turpin in Sweeney Todd), Opera Ithaca (Bluebeard in Bluebeard’s Castle, Pirate King in The Pirates of Penzance, Il Commendatore in Don Giovanni), Shreveport Opera (Pirate King in The Pirates of Penzance), Anchorage Opera (Pooh-Bah in The Mikado), Union Avenue Opera (The Mikado in The Mikado), Schlossoper Haldenstein, Switzerland (Sparafucile in Rigoletto), Teatro Citta della Pieve (Oberon in the world premiere of Kristin Hevner’s Il Sogno), Central City Opera (Il Commendatore in Don Giovanni), Ash Lawn Opera (Il Bonzo in Madama Butterfly) and Knoxville Opera (Il Bonzo in Madama Butterfly, Gideon March in Little Women, Joe in The Most Happy Fella), Phoenicia International Festival of Voice (Howard in Do Not Go Gentle), Prototype Festival NYC (Señor del Norte in La Reina), Metropolis Opera Project (Oberon in the USA premiere of Il Sogno), Chutzpah Festival (Rebbe in A Blessing on the Moon), American Lyric Theatre (Mr. Beauregard in The Golden Ticket) and Illuminarts Miami (Bass Soloist in The Little Matchgirl Passion). 2018 debuts include the role of Frank Maurrant in Street Scene with Virginia Opera, Zaccaria in Nabucco with Union Avenue Opera, Fafner in Das Rheingold with Arizona Opera, The Ghost in Avow with Fort Worth Opera and more. In 2019 Zach will return to English National Opera for Akhnaten, will make his Nashville Opera debut as the Four Villains in Les Contes D’Hoffmann and will return to Des Moines Metro Opera to play the Doctor in Wozzeck. Zach will make his Metropolitan Opera debut in their 2019/2020 season reprising the role of The Scribe in the Olivier Award winning production of Akhnaten, will make his Minnesota Opera debut in the world premiere of Edward Tulane and will return to Opera Philadelphia to sing The Cook in The Love for Three Oranges. He will also make roles debuts as Banquo in Macbeth and the title role of Don Giovanni.

Janet, the co-founder and Artistic Director of The Music Machine for 38 years, helps to enrich the lives of Anchorage’s youth through her gift of music. She is a producer, composer, arranger, teacher, pianist, organist, vocal coach and director.

Janet is a staff accompanist at UAA, the sole accompanist for the Anchorage Concert Chorus and enjoys playing for many talented singers and instrumentalists in Alaska. She cues the surtitles for the Anchorage Opera, is the Organist and Children’s Music Director at First United Methodist Church, and is active in Anchorage’s “Artists in Schools” program. Janet works with the Anchorage Concert Association, helping to select and train the local children who join the casts of touring Broadway shows (most recently The Sound of Music).
In 1987, she was featured on “Jay Hammond’s Alaska” television show; she received the 2001 Chamber of Commerce Gold Pan Award, the Mayor’s Arts Award in 2003, and the Alpha Kappa Alpha Sorority “Unsung Hero” award in 2003. In 2011, Janet was honored as a BP-YWCA Woman of Achievement, and in 2017, her name was added to the Canastota, N.Y. High School Wall of Distinction.

Janet’s work with children and music is her passion, and she inspires excellence in every project she works on. Whether teaching a class, accompanying a show or encouraging a child, what Janet does best is to empower young people to be all that they can be.

You can support us by making a donation!